Brisbane? Are you even being serious with me right now… Was a phrase you may have heard 10 years ago as a possible Bucks destination. Not anymore; the locals are fit and the nightclub scene possesses some of the biggest venues and parties in Australia. 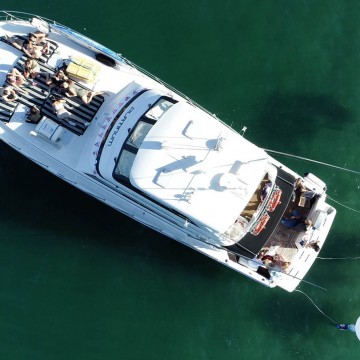 Babes, Bikinis and a Boat Cruise 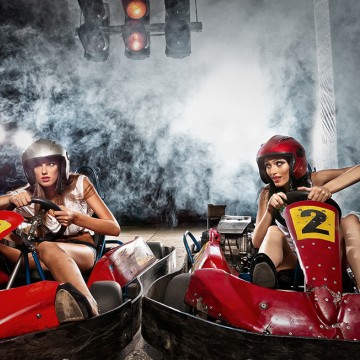 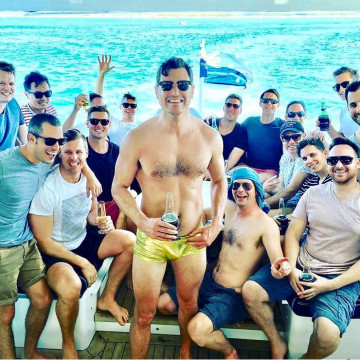 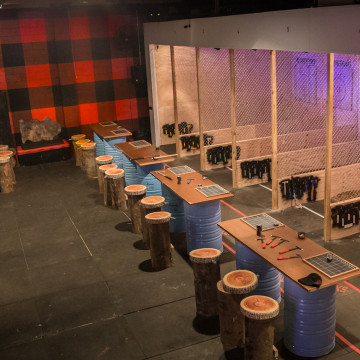 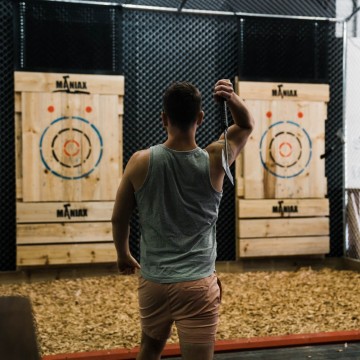 Get Your Ships Out 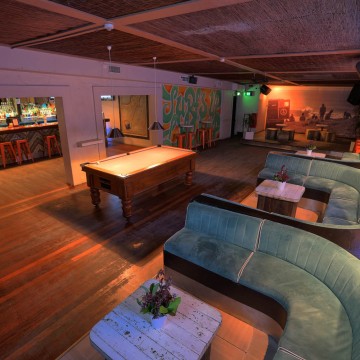 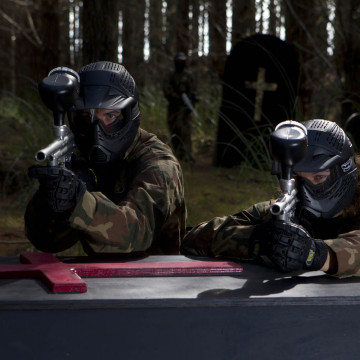 100’s of Bucks Ideas to Choose From

With classics like boat cruise, bubble football and golf through to whiskey tasting, archery attack and clay shooting you'll be looking for more hours in the weekend to squeeze it all in. Build your own, check out our ready-made packages or chat to our team. 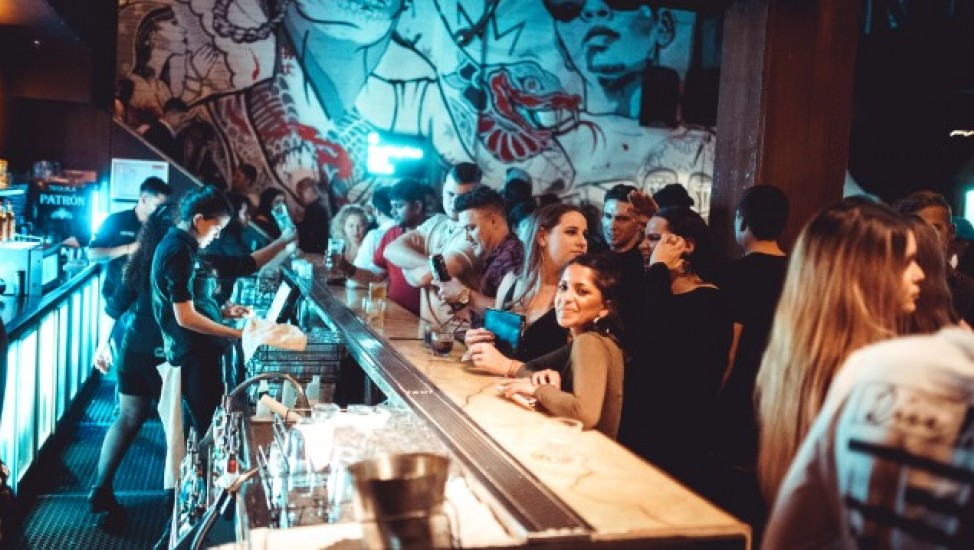 Interestingly, Brisbane is one of only two cities in Australia where public transport use has dropped away over the past 6 years, in favour of car travel.  We say ‘interestingly’, but to be frank, got a little bored writing the sentence.

Similar to the GC, there is a multitude of options to get around, with the CBD nowhere near as chaotic as Sydney and Melbourne; music to a Bucks party’s ears if you are kicking things off on a Thursday or Friday. Public transport is cheap as chips, while the airport has an express train (hello Melbourne and Tullamarine!) that runs form 5:45 am until 10pm at night.  We’re partial to water travel as the mercury rarely dips below 23 degrees, so have a crack at a water taxi or boat cruise if you want to look all Mr Fancy Pants.

A trip to watch the Broncos play, or if you really fancy to ‘immerse’, a State of Origin game at Suncorp Stadium should be at the very top of any sport lovers list. No rivalry in Australia matches it. Head down Caxton street pre-game (handy hint: if you’re neutral, don’t wear baby blue), and sink a few XXXX’s before a short stroll to the stadium.

A superbox at a Broncos game is also  bucket list arrangement. Let your party organisers at The Bucks Co know if this is on your hit list, and we’ll hit our little black book of contacts up to make it happen.

Whilst talking all things XXXX, the brewery tour of Queensland’s long standing favourite is still popular for many a Bucks group. Granted, with the abundance of craft and new breweries offering an abundance of immersive experiences (and some cracking tasting boards), you are spoit for choice, but if you’re old school, it fits the bill. Us? 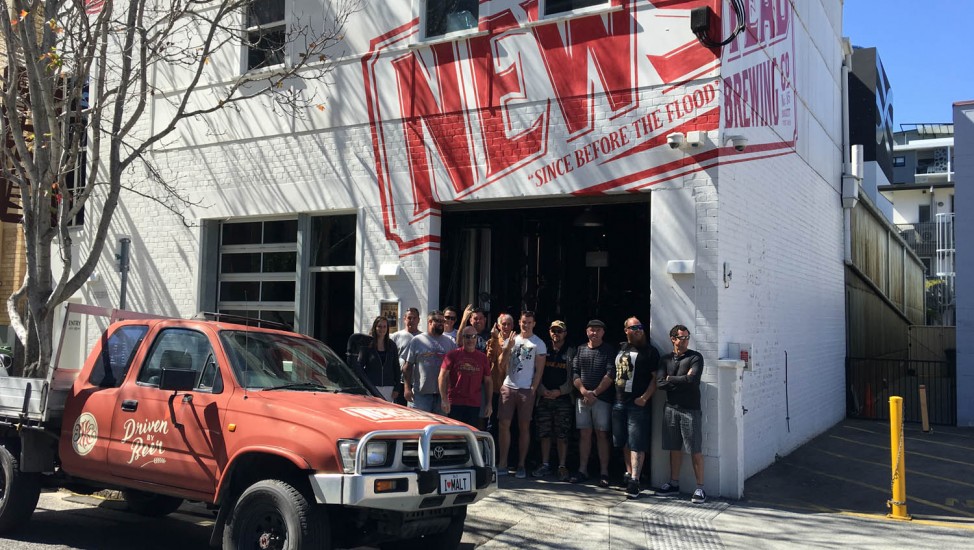 Well, since you’ve asked, a brewery tour encompassing a few different breweries keeps things moving and gives you a greater sample before you settle on your favourite…

BABY WHEN THE LIGHTS GO OUT..

Eat Street Northshore is a great vibe for a quick dinner with plenty of options. Live Music, drinks and food served out of a myriad of container bars gives you and the lads plenty of choice. It is hard to get a seat, and is very much ‘take-away’, so don’t expect too much of the fun banter and bonding you get out of a booked ‘eat in’ experience. Our vote is for a lunch time visit, so you technically don’t have to lie to the better half that you spent all of the weekend bouncing between bars and strip clubs.

Experience tells us the best place in Brisbane to find drinking establishments and a good time is Fortitude Valley. Search out a few of the dive bars for a cold brewski, they’re a hidden gem and often lost within the bright lights of Brisvegas and the Gold Coast. Another opportunity is to pair one of the Bucks Co whiskey tasting sessions into some of Brisbane’s exceptional cocktail bars. The Brisbane cocktail scene is vastly underrated. And, one of the rules to being  man is you need a go-to cocktail. If you don’t have one, see this as an opportunity to choose yours. Espresso Martini doesn’t count. Nor does a Fruit Tingle. Will accept Grasshopper though, as it gives an opportunity for one of the best Dad jokes going around; google it.

What Our Brisbane Bucks Say

“The Bucks Co helped make the organisation seamless... I would recommend getting in touch with the Bucks Co if you need any help planning the most memorable bucks experience.”

“Really easy and flexible company to deal with. Myself and the other 18 boys had a blast playing the Archery Attack in Docklands and tripping around on the brewery tour. Highly recommend!”

“Took a lot of stress out of organising. Thanks very much”

“Had a great day with absolutely no hassle in organisation! Would highly recommend.”

“Very well organised by the crew. Resulted in a great Bucks! Thanks Lads #BeatSummerEver”

“Had an awesome time with the lads on the bucks night. Everything was smooth and according to plan. Couldn't have done it without the experts at The Bucks Co!”

“Ripping bucks party. Very well planned, great communication throughout - they made it super easy for us all... ”

“Easiest way to plan a bucks. Everything went to plan, couldn't have asked for a better result. Would definitely recommend if you want to take the stress out of planning.”

“Made things so simple and took the stress out of all the planning!!”

“The crew at The Bucks Co were in contact with the group from the day we booked our party, to the day of the event making sure everything would go to plan..”

“Did a great job pulling off an unbelievable bucks party the buck will never forget!”

“The team did an awesome job catering to the requirements and at times the weather strain on the activities... Julian was able to accommodate the last minute change in activities and we kept true to the buck and gave him a send-off worth remembering.”

“The Bucks Co had a lot of great ideas and activities to do for a bucks party which made it an awesome weekend. The organisation that went in behind the scenes was greatly appreciated as everything on the weekend went very smoothly.”

Highlight of the weekend!

“I can't speak highly enough of the team at The Bucks Co. We had a cruise for 25 people and it was the highlight of the weekend. Their communication is fantastic from the initial quote to the moment the boat left.”

“Organising bucks parties can be like herding sheep with a cat. These blokes make it simple and take the hassle out of the day.”

“Can't recommend the team at the bucks co enough! They were always there to answer any questions I had and kept in contact with me throughout the whole process.”

“What a brilliant night we had! If your wanting to organise a bucks party and not too sure of what to do, definitely get in contact with these guys.”

“Organised a cruise through Sydney harbour, was great value for the price and everyone had a great time.”

Cracker of an event!

“Totally flexible packages to meet budgets, interests, numbers etc. They organized everything, all we had to do was show up and have a great time!”